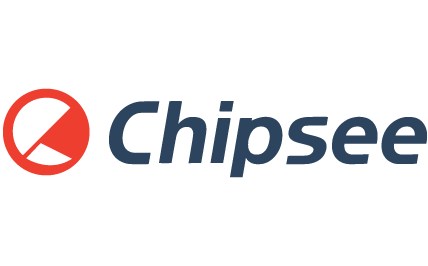 This manual provides users with a fast guide of Chipsee Industrial Computer (Abbreviate as IPC) about Linux QT OS development. Through this manual, users can quickly understand the hardware resources; users can build a complete compilation of Linux development environment; users can debug Linux QT OS via serial and Internet.

You will need to prepare the following items before you can start using the Prebuilt Files Package to re-flash the system.

In this documentation, all the commands are executed with root user privileges.

Set the boot DIP switch, as shown on the figure below, to boot the system from the external SD Card.

The operator should use the prebuilt file we provided in the CD to test the hardware before re-flashing the system.

How to make a bootable SD card¶

How to flash Linux to eMMC¶

Click on the screen, the mouse arrow stays in a position that triggers the buzzer sounds, indicating that touch and buzzer work properly.
After working for some time, the resistive touch screen may not be accurate. The user must run a touch screen calibration test.
Click on the Chipsee icon on the desktop. Select Calibrate Screen to calibrate it, just as described in the figure below.

The buzzer will sound when the screen is touched, if you want to disable it, you can do this:

Insert the microphone and earphones into the Audio IO interface (Audio IN coloured pink, Audio OUT coloured light blue).
as shown on the figure below, click the Multimedia icon on desktop then choose the MPEG-4+AAC Dec codec to test.

Click the 3D icon on desktop, then choose Film TV to test perform 3D testing as shown on the figure below.

There are four serial ports on the Chipsee IPC: 2 X RS232 and 2 X RS485. The COM1(RS232) is used as the debug serial port. Users can communicate with the OS via COM1. Refer to the table below for the available serial device nodes.

If you want to use COM1 as a normal serial port, you can re-configure the port by following these steps:

To perform the test, the user will need the following: 2 x Embedded Industrial Computers, 2 x CAN bus connectors, 1 x 120Ω resistor, and oscillometer.

There are (4) four input and (4) four output pins. LOW is 0V, HIGH is 5V.
The GPIO input terminals connect to the GPIO output terminals, respectively. IN1-4 corresponds to OUT1-4.
As a result, if you set the GPIO_OUT area, you will see the GPIO_IN region change as well.
You can control the LED light on the industrial PC by setting the LED ON or OFF.

You can read and write the GPIO by following the steps below. For this example, we are going to use gpio49 (OUT1).

To view the network information on the industrial PC, follow these steps:

The figure below is an illustration of the network information on the industrial PC.

Click the Edit icon at the time display area to set the time and date, as shown on the figure below.

The Linux QT OS has a WiFi module. If you want to get Wifi module to work, you need to edit the configuration file: /etc/wpa_supplicant.conf.

Chipsee® provides a software to change the OS boot up logo. The software ChipSee_LOGO_MOD_EN.exe is provided on the CD for a product.
To change the logo, follow these steps:

In this section, we will introduce how to develop applications for the industrial computer in Linux.

Please feel free to contact us with any questions, queries or suggestions.

If your question is related to technical support or troubleshooting for one of our products, we kindly ask you to check our documentation for a possible solution first.

If you still cannot find the solution you are looking for, please write to Chipsee Technical Support at service@chipsee.com, providing all relevant information.

Chipsee assumes no responsibility for any errors that may occur in this manual. Furthermore, Chipsee reserves the right to alter hardware, software, and/or specifications set forth herein at any time without prior notice, and undertakes no obligation to update the information contained in this document. Chipsee products are not authorized for use as critical components in life support devices or systems.